Air borne polluters such as smoke, dust, pollen, mold spores, mite feces, pet dander, and germs can be found in many homes and are the allergens that often cause serious allergies and even asthma. Additionally, volatile organic compounds that spread in the air often cause strange smells and even may cause illnesses. In order to combat these air borne pollutants and improve the air quality in your home, you can install an air purifier. The device is designed to eliminate or at least reduce those harmful contaminants so that you can enjoy a healthier living space. 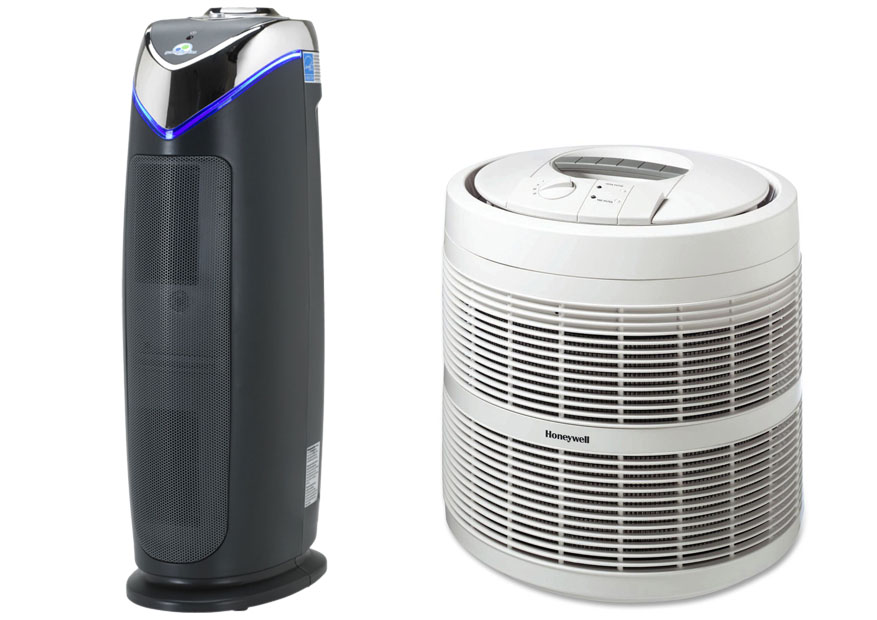 Nowadays, air purifiers are equipped with various modern technologies that enhance their performance. GermGuardian AC4825 and Honeywell 50250-S are indeed very good examples. Both are among the best-selling models on the market. Both offer HEPA filtration and odor reduction. Both are also Energy Star certified. Right now, you are probably wondering whether you should purchase GermGuardian AC4825 or Honeywell 50250-S. You have come to the right place. Read the comparisons between these two models below to help you decide!

Seeing these two air purifiers side by side, we can immediately tell that they are very different from each other. GermGuardian AC4825 is very slim and compact and space-friendly. Honeywell 50250-S, on the other hand, is much bigger and heavier. 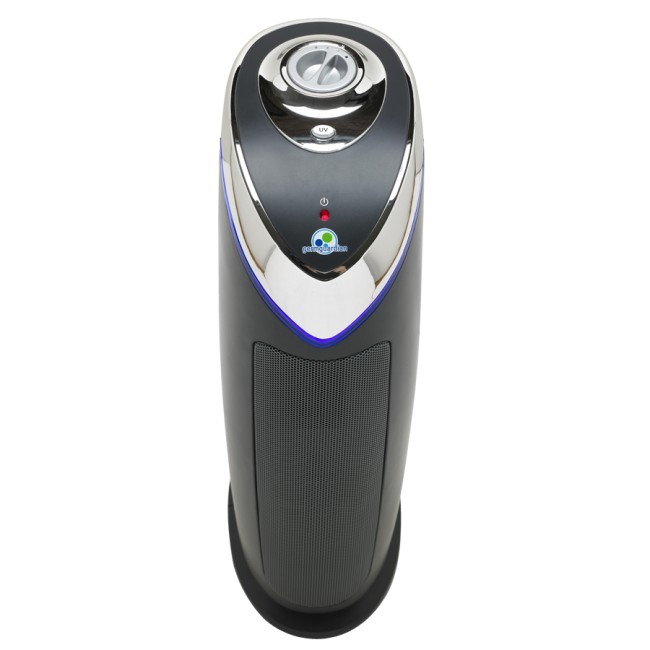 GermGuardian AC4825 comes in a sleek black housing, with the upper part having a metallic color. It measures 5.5” x 9” wide, and is 21.5” tall. As you can see, it is very slim and compact. Such design is especially beneficial if your room has a very limited available space. You can easily put the air purifier in almost any spare space you have. It won’t take so much of a surface area. In addition, the design actually looks stylish and modern if you compare it to the other competitors in the market. The blue line that separates the black part from the metallic part also enhances the contemporary look. The weight of the machine is barely 7 lbs, making it quite portable as well.

Honeywell 50250-S comes in a white color. It has a tubular shape, and is quite bulky and heavy. It is 18” x 18” wide, and is 19.5” tall. Its weight is approximately 18.8 lbs. Due to the large size, this air purifier is only suitable if your room has enough spare space available. If you choose this air purifier, plan the placement carefully and make sure that you will still have enough space to walk around and reach important shelves in the room. You may want to put it in the center of the room because it has 360-degree airflow. The heavy weight makes it not exactly portable. So, if you are looking for something that you can move from room to room when needed, this is not the most ideal choice.

GermGuardian AC4825 comes with four filtration stages. The first stage is the activated carbon, which is for capturing initial dust and allergen particles and also reducing unpleasant odors. The second stage is the charcoal filter, which is pretty much just like the activated carbon but more powerful. It also captures tiny particles like dust and lint, and destroys odors. The third stage is the true HEPA filter, which is a very fine filter that is able to capture particles and germs as small as 0.3 microns and eliminate 99.97% physical pollutants from the air. Finally, the fourth stage is the UV-C filter, which includes a titanium dioxide component and a UV-C light to kill any airborne germ that has somehow managed to pass and also to eliminate any remaining odor.

Although the initial price of GermGuardian AC4825 is more affordable than Honeywell 50250-S, don’t forget that it has more things to replace in the long run, which are the filter and the UV-C bulb. You will probably spend more money in the long run for replacing these parts.

On the other hand, Honeywell 50250-S is a relatively simpler device. It has two filtration stages. The first stage is the activated carbon. The second stage is the HEPA filter. There is also an indicator to tell when to replace the filter. It is backed by a five-year warranty.

The initial price of Honeywell 50250-S is quite higher, but it will probably require less maintenance cost. With this model, you will only have to replace the filter regularly, as it does not have such a light bulb.

Both models are Energy Star certified, meaning that they consume electricity very efficiently. Even so, keep in mind that a higher speed will still require more power.

GermGuardian AC4825 ‘only’ has a CADR rating of 100. The number indicates how much clean air output produced by the machine per time. With such rating, this model is only suitable for a medium-sized room. It is great for small and not-too-large rooms, such as the bedroom. You can use it for the living room if yours is not particularly large. But it won’t suffice for a large room. Nevertheless, it operates very quietly.